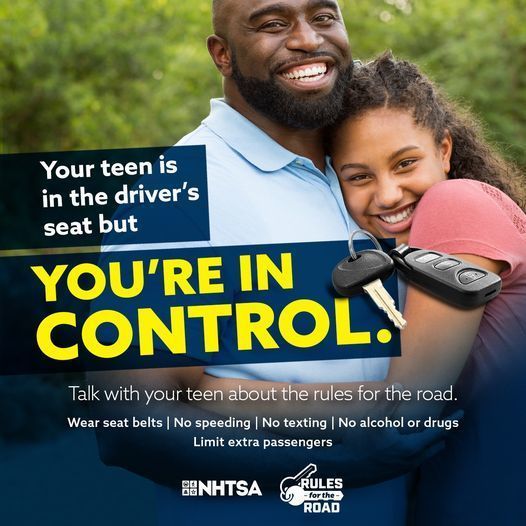 Five Ways To Address Texting While Driving With Your Teen

Most parents have a hard enough time connecting with their teens on a day-to-day basis. While teens desperately want to be independent, you’ve got to watch out for them and teen driving is an area that every parent loses sleep over. In today’s world, that worry is often less about obeying traffic laws than is about texting while driving a practice that an astounding number of teens admit to.

According to a recent nationwide survey commissioned by Bridgestone Americas, Inc., 95% of teens surveyed admitted to texting while driving. The use of cell phones, whether talking or texting, contributes to 1.6 million crashes per year (according to the National Safety Council), which makes it a necessity for all parents to address smartphone use among teens who are driving.

Here are five ways to do just that:

1. Communicate. It sounds simple and perhaps a bit “touchy-feely,” but teens don’t often hear what you’re really saying. Regardless of the up and down head shaking you might get, you’re likely getting a behind the back eye-roll once the conversation is over. Open up to your teens about your concerns, their safety and the safety of others. Make sure they understand the very real consequences of texting and driving – especially if their behavior were to cause the death of another. Sometimes, it’s all about perspective.

Lisa Lewis, MD recommends that parents set an example for their children.

“As you rightly point out, this is a major problem,” Dr. Lewis said. “I think parents need to model no texting while driving. I often see parents driving with a cell in hand and kids in the back seat.”

2. Get Tech Savvy. Although most parents can’t imagine the idea of “out tech-ing” their teen, there are apps available to alert parents when their teens are texting and driving. Every app operates a bit differently, may only be available for certain types of devices and can be expensive; however, it’s a viable option if you’re simply at your wit’s end.

3. Take The Pledge. Having teens take a pledge not to text and drive reinforces the idea that they’ve made a personal commitment to themselves and to others. There are numerous pledges available that parents can download, print, have their teen sign and post right where most teens are likely to be reminded of it on the refrigerator door.