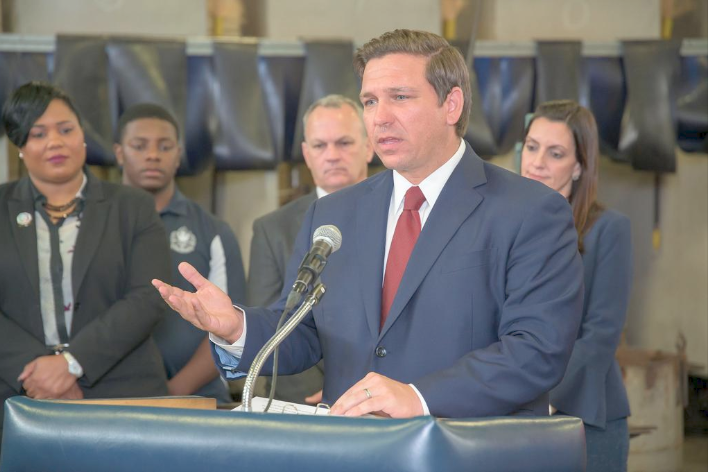 Gov. Ron DeSantis favors a House plan to crack down on texting while driving, as the Senate on Wednesday delayed for at least a day a separate measure that would only allow motorists to use hands-free wireless devices while on the road.

DeSantis told reporters Wednesday that, while he didn’t know all the details of the House and Senate proposals, he supports efforts to make texting while driving a “primary” traffic offense.

“This stuff has got to be enforceable,” DeSantis said. “If it’s a primary offense, then people are going to get pulled over. So, you’ve got to make sure that is going to happen. The more you go beyond texting, I just have concerns about the administrability of it.”

DeSantis’ comment came a day after the House voted 104-9 to pass the bill (HB 107) to make texting while driving a primary offense.

The proposal has raised concerns among numerous black and Hispanic lawmakers about whether the change would lead to increased racial profiling of minority motorists. Similar concerns helped derail proposals to make texting while driving a primary offense in past legislative sessions.

The Senate on Wednesday postponed an anticipated vote on its bill (SB 76), which would limit motorists to using hands-free wireless devices.

The proposal is being pushed by Sen. Wilton Simpson, a Trilby Republican who is next in line to become Senate president. Supporters say such a proposal would help reduce distracted driving by leading motorists to put down cell phones and other devices.

“We passed our bill, and that’s what the majority of the members wanted, is the texting-and-driving,” Toledo said. “I don’t know if they would even hear it.”

DeSantis said he wouldn’t be averse to the Senate hands-free measure if it was presented to him.

“It doesn’t mean I wouldn’t support it if that’s what the Legislature does,” DeSantis said, “But I think, certainly, that texting is … a place where a lot of people would land positively on.”

As originally appeared on BizJournals