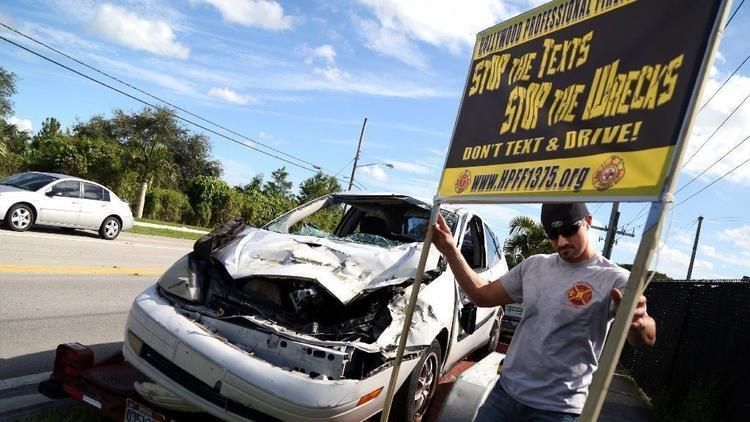 Florida lawmakers are closer than they’ve ever been to cracking down on texting while driving by authorizing police officers to stop drivers just for typing on their phones.

Both the House and the Senate have approved a bill that would make texting behind the wheel a primary offense, but they need to resolve one difference — hands-free requirements — before it can be sent to Gov. Ron DeSantis’ desk for his signature.

DeSantis has indicated he’ll sign the bill if lawmakers can reach an agreement. The bill’s sponsors in the House — Reps. Jackie Toledo, R- Tampa, and Emily Slosberg, D-Boca Raton — said it will be heard early next week, and they are optimistic it will pass.

“This bill will go a long way toward saving lives on our roadways,” Slosberg said.

Both bills would allow a police officer to pull over and issue a citation to a driver who is texting. Right now, drivers can be cited for texting only if they are committing another driving violation, such as speeding or having a broken taillight.

But the Senate’s version differs in that police could pull over drivers who they see holding a cellphone or other wireless device while traveling through a school zone or construction zone where workers are present. Drivers could still use their cellphone in hands-free mode.

Under the House’s version, the officer would need to observe the driver typing on the phone.

Sen. Wilton Simpson, the bill’s sponsor in the Senate, wanted to go even further in requiring that drivers use their devices only in hands-free mode on all Florida roads. He scaled back the bill to more closely match the version passed by the House.

“Hands-free is where we should be,” Simpson said. “Many, many lives will be saved by the texting-while-driving bill. Many more lives would be saved by a complete hands-free bill.”

Slosberg, a chief supporter of the texting-while-driving bill, said she supports passing the Senate’s amendment so it can head to the governor, saying it will help protect schoolchildren, crossing guards and construction workers.

“It’s a reasonable negotiation between the House and the Senate,” she said.

Forty-three other states make texting while driving a primary offense, according to a House analysis of the bill.

A first violation carries a $30 fine plus court costs, which could result in a total fine up to $108. A subsequent violation committed within five years carries a $60 fine.